Malaysia Johnson found her love of dance at the age of 6. In her early years, Malaysia trained in all styles of dance at Steps to Broadway (Bridgeport, CT), and additionally, received world-class training while attending summer programs at Alvin Ailey American Dance Theater (New York, NY) and Early Mosely Institute for the Arts (Long Island, NY).

She attended Regional Center for the Arts (Trumbull, CT) and Neighborhood Studios of Fairfield County (Bridgeport, CT) throughout high school, and later, continued her training through the dance program at Sacred Heart University, where she majored in Psychology and minored in Dance. As a very involved member of the SHU Dance Program, Malaysia was selected as a Student Choreographer for the SHU Dance Ensemble as a freshman and through her senior year.

She was also granted the opportunity to travel with the SHU Dance Company to attend the renowned World Dance Movement in Italy, where she was awarded a scholarship to the infamous Millennium Dance Complex (Los Angeles, CA). Upon graduation, Malaysia returned to Neighborhood Studios as a dance teacher, and began teaching dance at public schools in Bridgeport. She firmly believes that art plays a huge role in saving the youth and is committed to doing her part to reach the youth through dance. Malaysia is eager to share her passion and knowledge at Rising Starz Dance Studio with everyone who enrolls! 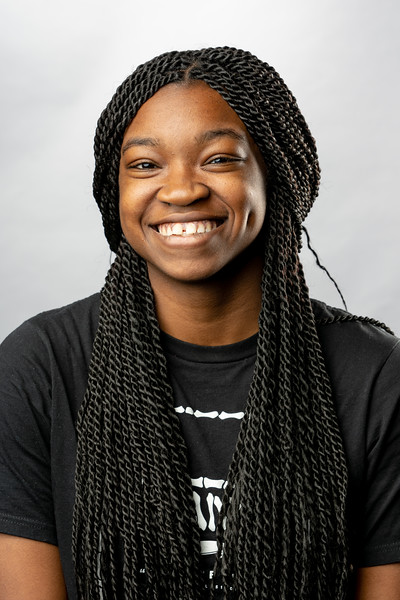 (New Haven, Connecticut) Isaiah Little is a professional dancer, teacher, and choreographer. At the tender age of nine, Isaiah began studying dance, vocal, and drama at Victoria’s Productions. Mr. Little is a graduate of the Cooperative Arts and Humanities Magnet High School of New Haven, Connecticut. He studied at ACES/ECA Educational Center for the Arts, New Haven Ballet, and Dee Dee’s Dance Center. As a freshman in highschool, Isaiah was selected by Jowale Willa Jo Zollar to perform in “The Dixwell Project” with the prestigious Urban Bush Women at the International Arts and Ideas Festival. Mr. Little then went on to continue his studies at SUNY Purchase College of Purchase, New York.

In the year 2000, Mr. Little joined Nation Drill Squad and Drum Corporation of New Haven, Connecticut, shortly afterwards he was promoted as one of the Directors/choreographers. His contribution as one of the choreographers /Directors has led the team to become National World Champions for two consecutive years. He has taught several master classes for elementary schools to colleges, such as Albertus Magnus College. In 2009, Isaiah choreographed for The MAAFA Influence in Bridgeport, Connecticut. Each year, beginning from 2012, Mr. Little’s choreography is featured in Bridgeport’s Jerk Fest Festival. Isaiah’s unique style and broad range of choreography has also been featured in recording artist Abigail Negron, and Indio TDR performances, just to name a few.

In 2012, Isaiah Little joined SKIN Dance Company under the direction of Tina Thompson. He later became a Principal dancer in 2015. He is currently the head dance Instructor at Neighborhood Studios of Fairfield County, Bridgeport, Connecticut. Mr. Little has taught, performed, and choreographed throughout the United States. 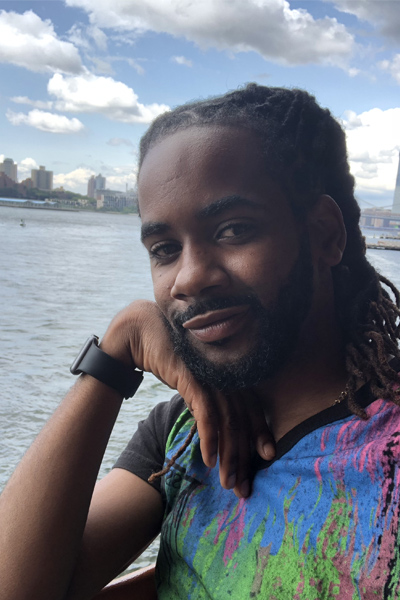 Timothy Fountain is a native of Bridgeport CT. He had been dancing and performing since the age of 12 years old. He is also part of the Legacy of neighborhood studios of Fairfield County, he danced with Bridgeport Ailey camp in 1999; where he started his dance career. Since then Fountain has traveled all over the east coast and midwest for dance training and has been under great dancers and teachers from Ballet School of Stamford, Boston Ballet, North Carolina Dance Theatre; New York City Ballet and Alvin Ailey Dance Theater. Tim was also a member of Cedar Lake II Contemporary Ballet in MO, Missouri Contemporary Ballet and Tina Thompson Dance Company, NY. He also danced and performed in many dance projects throughout the east coast and midwest area. He has choreographed many dances for Neighborhood Studio of County (Bridgeport, CT) and choreographed for many high school musicals (Thourly Modern Millie, Wizard of Oz and Lion King) in Fairfield County, CT and Westchester County, NY. Fountain has choreographed in many other places in the Tri-State area. Tim is a caseworker at Project Impact of the Kennedy Center Inc (Trumbull, CT). Working with adults with Special Needs and developed disabilities for the past 5 years. Tim fountain is still educating youth and adults in various dance schools and freelance choreography for dance schools in the tri-state area. 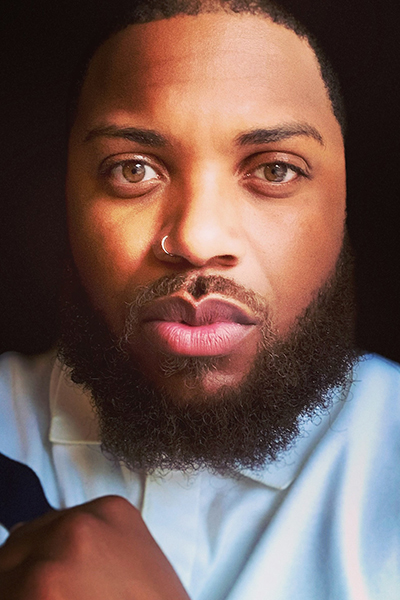 Calvin Martin a Brooklyn born native, started dancing at an early age with the styles of hip hop and West African dance styles. Calvin developed a passion for the art of dance and movement growing up in the inner city and seeing his friends compete in different competitions around the area Calvin decided it was his turn to shine. In Middle school, he would become one of the first males to join an all-female step team and compete in step shows around the New York area. Calvin would later transition to New Jersey where he would become a part of two troupes in high school known as the heritage players, and show stoppers during these he would truly discover his passion for dance and would later began his dance training under the direction of Jaclyn Augustin Smith and would go on to dance for the second company of Shawn- Lamere Williams Eleone connection after receiving a B.A in theatre and Dance with a concentration in African Studies while creating and co-founding a dance troupe Atomik Legacy at Rowan University, Calvin would return to New York City Under the Direction of Tina Thompson-Pope and The SKIN Dance Company where he serves as a mentor to the youth and Principal dancer of the first company while teaching dance for grades K-4 for KIPP Academy in the Bronx.” For me Rowan University allowed me to tap into my creativity on so many different platforms. Looking back Rowan’s Dance theatre approach enhanced the many possibilities to find my Voice through this creative mechanism of performance. Calvin has now transitioned into various forms of art including photography, fashion design and costuming, baking and pastry and Theatre. His motto is Follow your dreams you will be surprised at what you discover.” 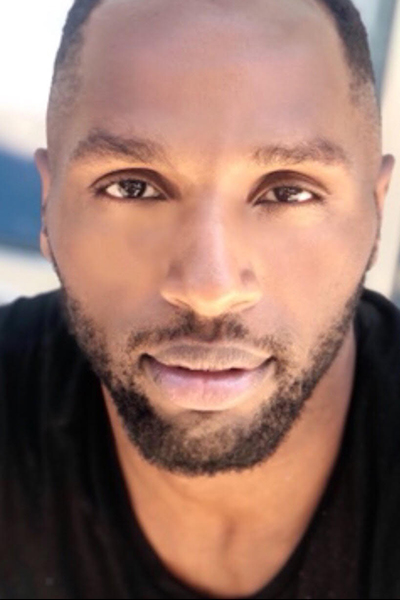 Jasmine Terrell is a Bridgeport native whose love for dance started at the young age of 4 years old. Her lessons began in a small dance studio called Joe Valane, then shortly after Stratford Dance Academy (Stratford,CT), next Dee Dee’s Dance Center (New Haven, CT). Her inspiration to become a choreographer arised at Neighborhood Studios of Fairfield County (Bridgeport,CT) for formerly known as MACH where she spent her high school years diving more in depth to the various genres of dance as well as their teaching styles. Upon graduating high school Jasmine attended Southern Connecticut University where she continued her admiration for dance on the university’s organized dance team SPDC (Symphonic Pulse Dance Company) While in college and a little while after Jasmine was apart of a dance company, MegaHurtz Entertainment Company (New Haven, CT) where she competed in World of Dance (Boston,Mass) numerous times and performed at several local events as well as universities with MegaHurtz. She is currently a teacher at Bridge Academy (Bridgeport,CT) where she is still teaching to their dance team the Bridge Academy Panthers, her love for dance has passed through Roosevelt Elementary School (Bridgeport, CT) and Viva Dance and Fitness (West Haven,CT). She is a well-rounded dancer and choreographer, known for teaching African dance to all ages and her Twerk classes for Adults. Jasmine is eager to share her passion and knowledge at Rising Starz Dance Studio with everyone who enrolls! 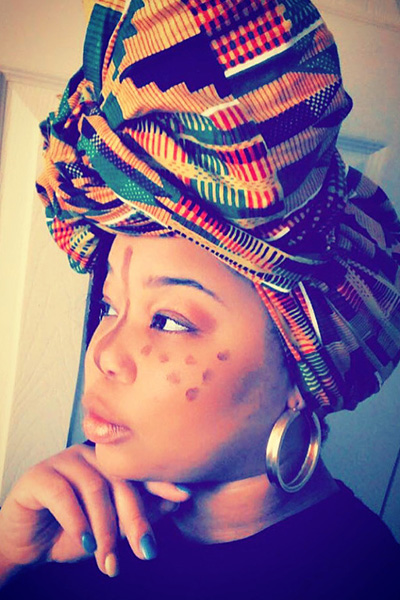 Marissa Powers began dancing at the age of 2 in her hometown of Westfield, Massachusetts and has not stopped since! She has competed in countless competitions since the age of 6 and continued to grow in the art after she graduated high school and moved onto college.

Marissa graduated from Sacred Heart University in May 2020 with a Bachelor’s Degree in Psychology and a Minor in Dance. During her time at Sacred Heart University, she was able to train with the Dance Company where she was presented with a number of professional opportunities; including choreographing and appearing in a music video for the band “Pianos Become the Teeth,” traveling to Italy to attend the international “World Dance Movement,” and working with professional choreographers from the industry on a weekly basis.

Since graduation, Marissa has returned to Sacred Heart University to pursue her Master’s Degree in Education. She also continues to teach ballet, contemporary, and tap to youth in Fairfield County. Marissa is excited to meet all of her new acro students at Rising Starz Dance Studio and to share her passion with everyone in the community! 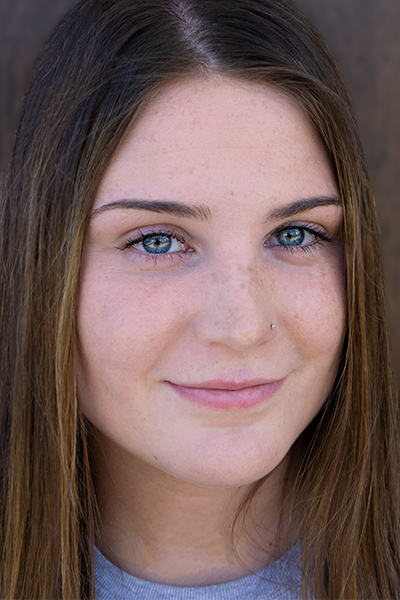